The concept art created by Ben Pinnock and Liam Blunden was superb. The character wasn't too humanoid and retained enough fly features for what the team required.

The first artwork turned over was a set of flies of differing proportions and personality: 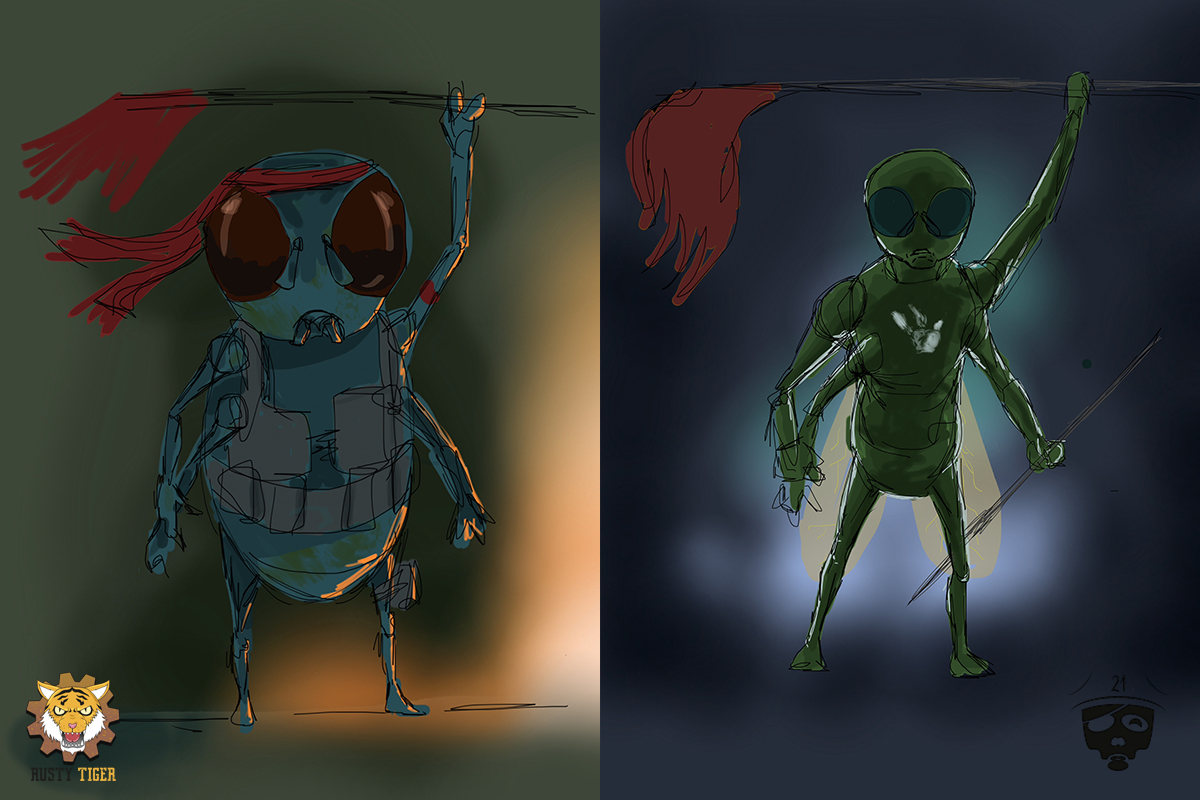 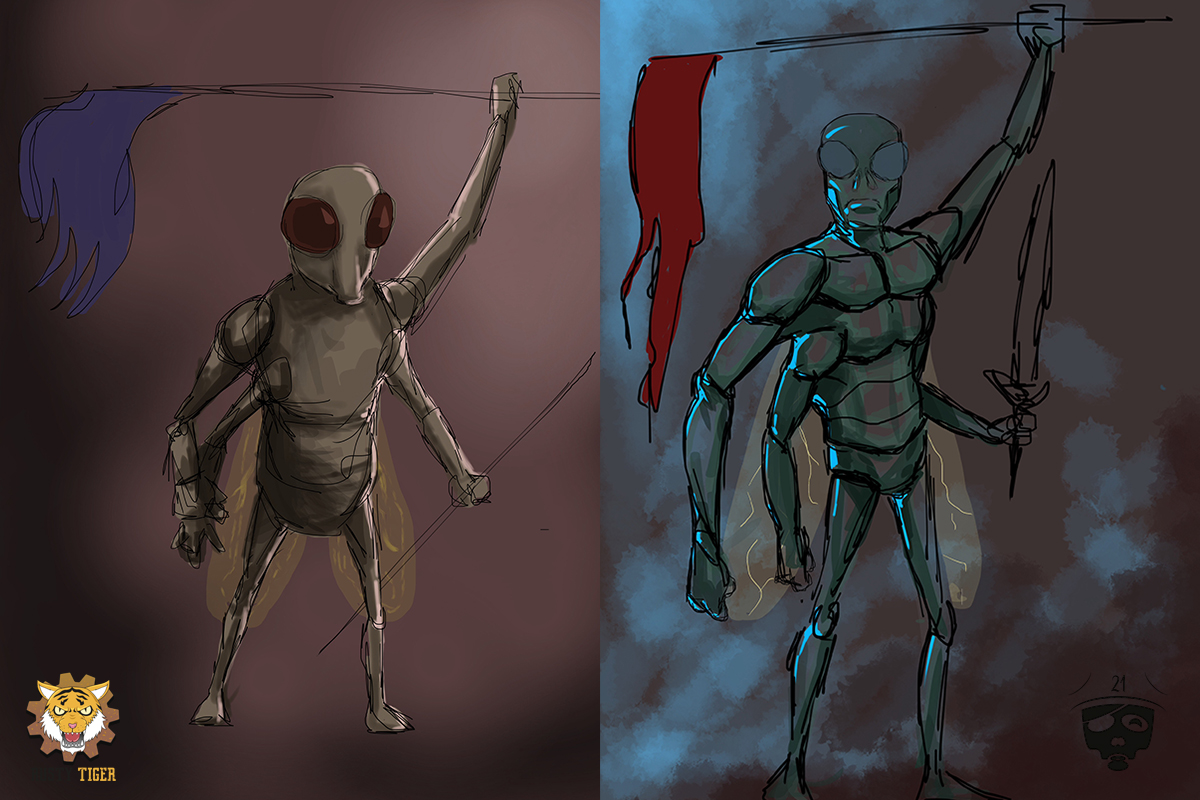 The team settled on this piece, as we felt it had the most potential for the game. 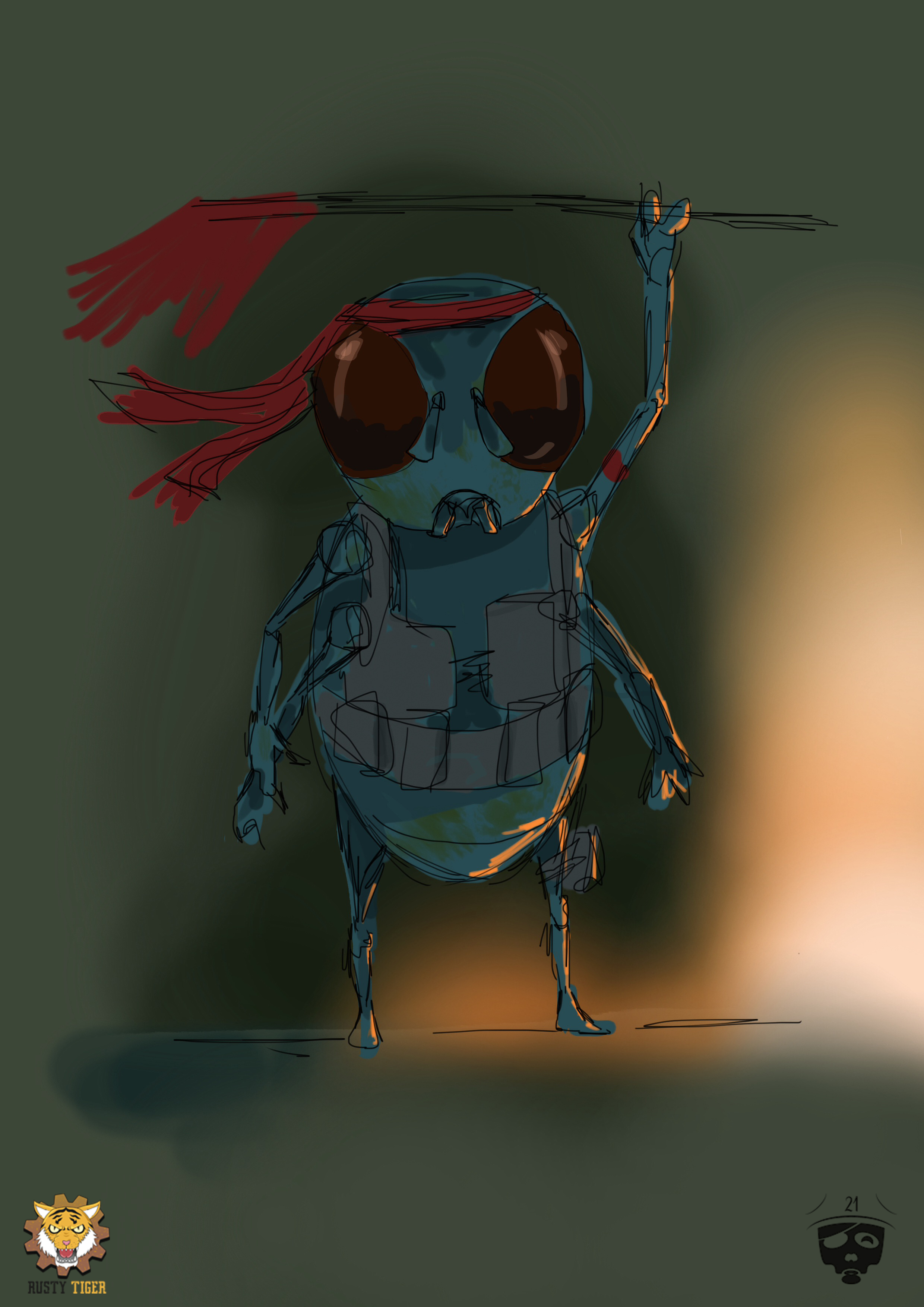 It was cuter looking and smaller than the others, which could provide a good base for combat or comedy through he character.

Once settled on this the guys turned over some more images to serve as modelling reference when we moved into 3d, it’s a really exciting process watching an idea evolve on screen.

The first images were front, side and back profiles: 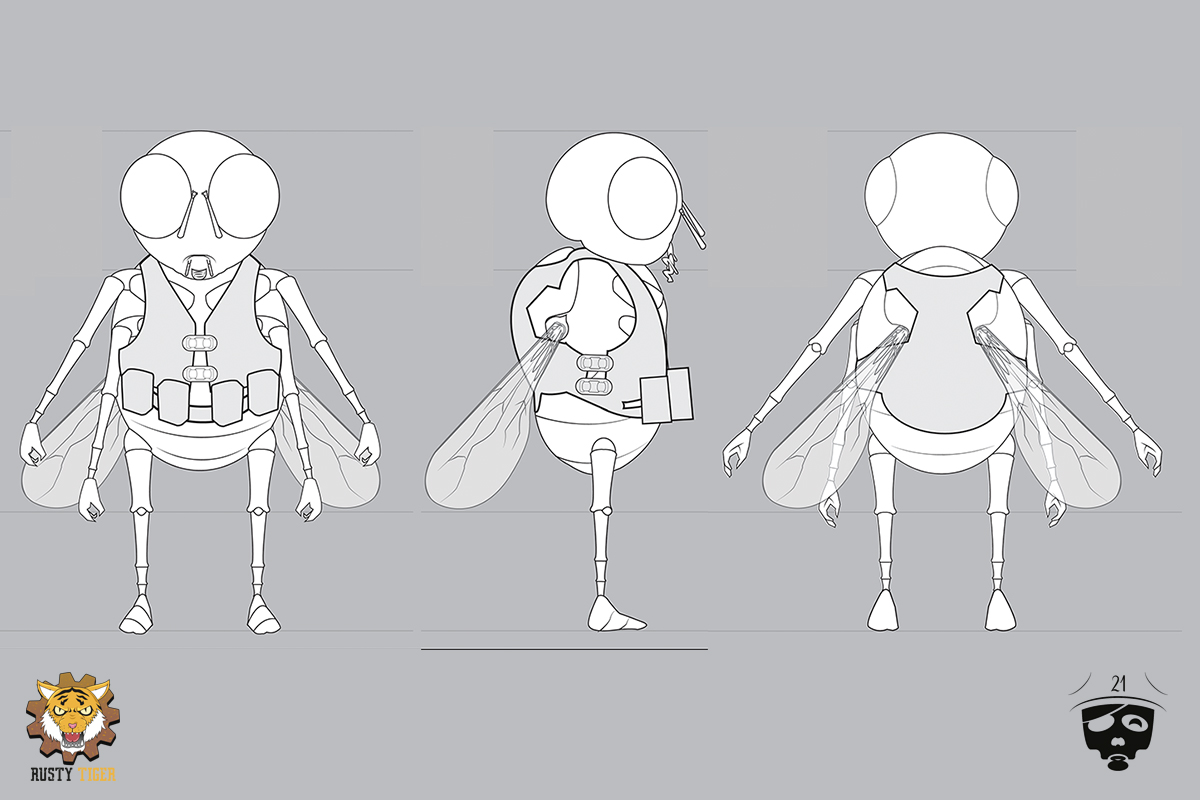 Next images provided were to show the jacket, armour and how the wings would work with the armour: 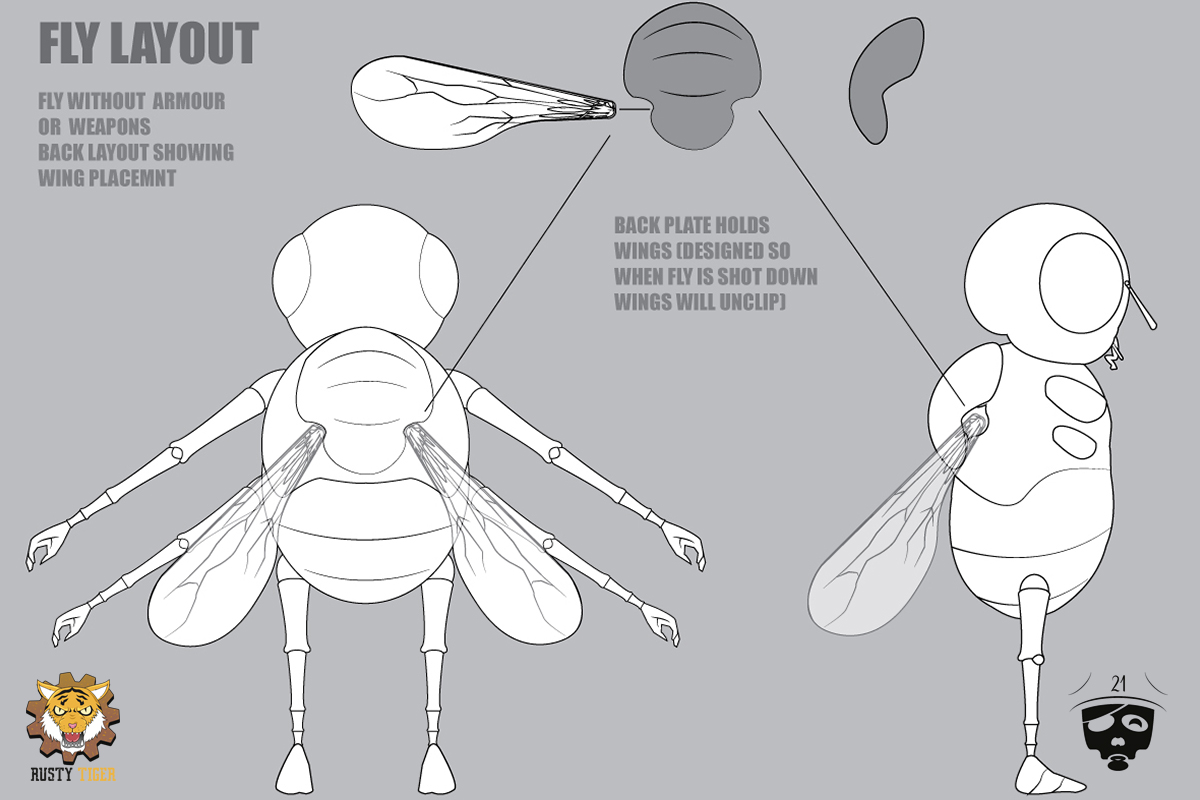 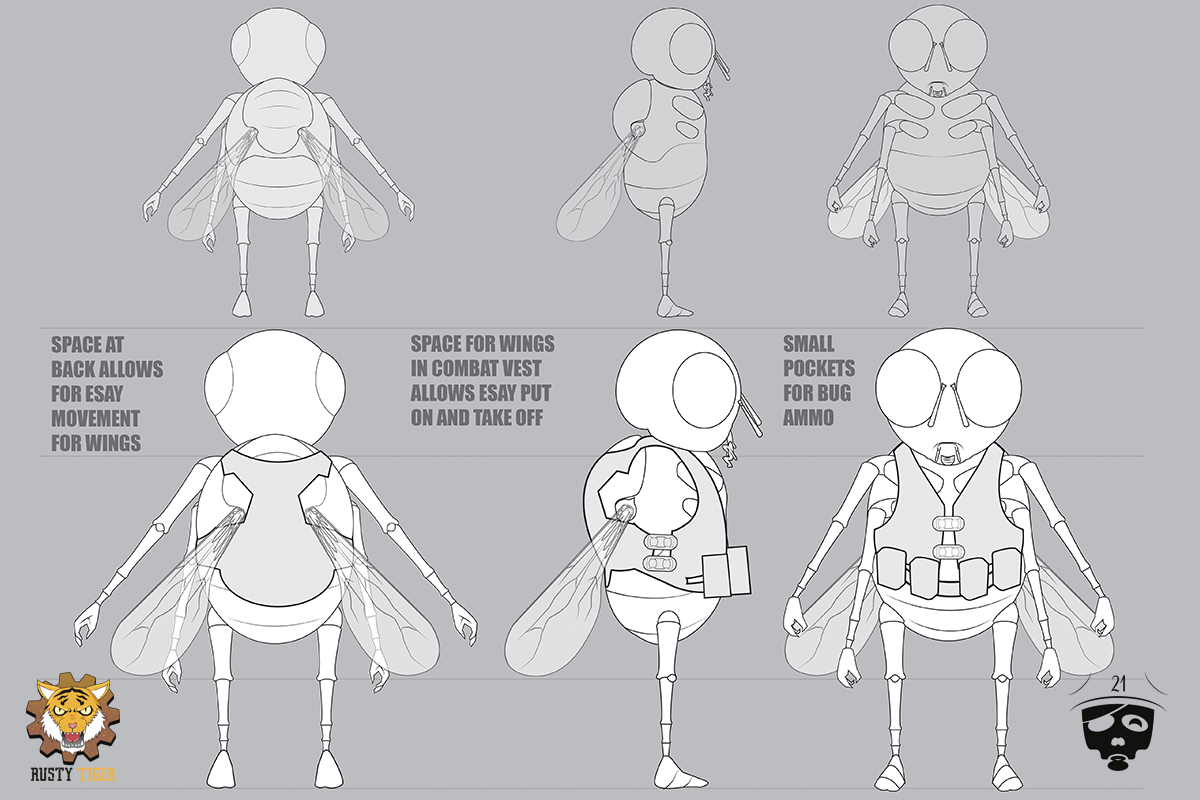 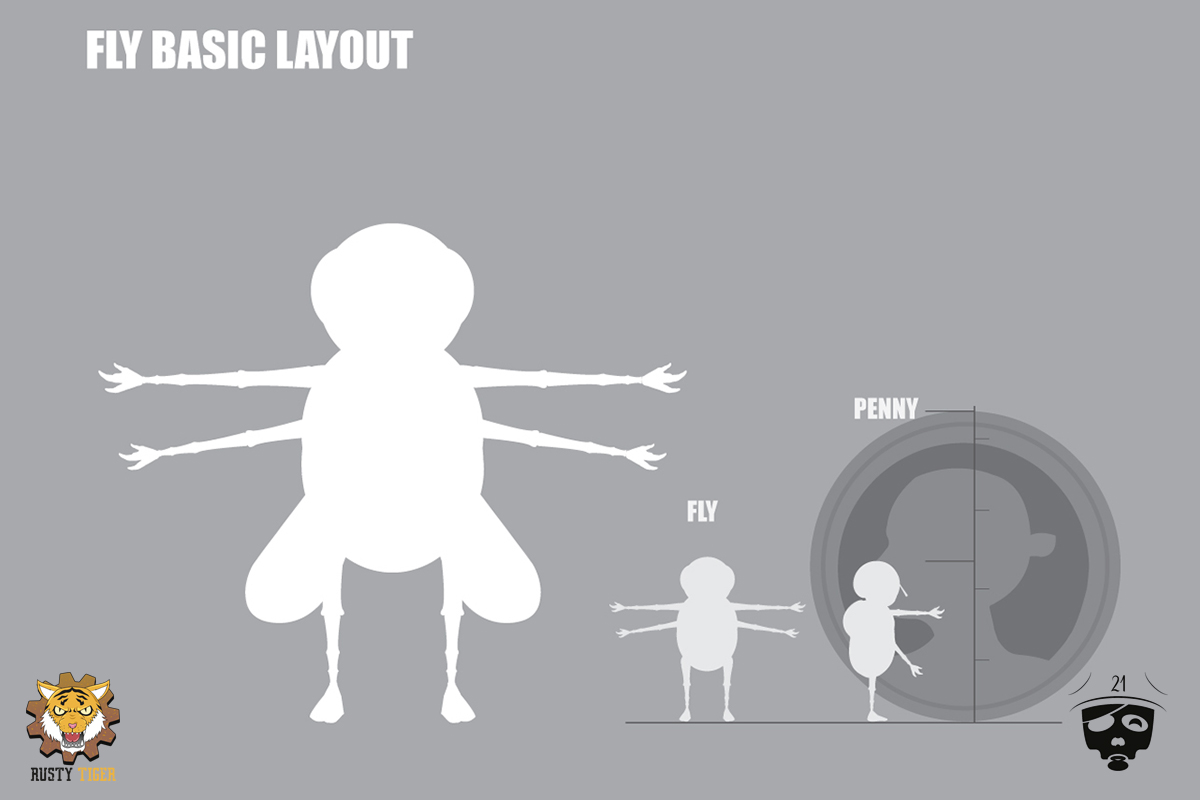 Some arm reference and motion ideas: 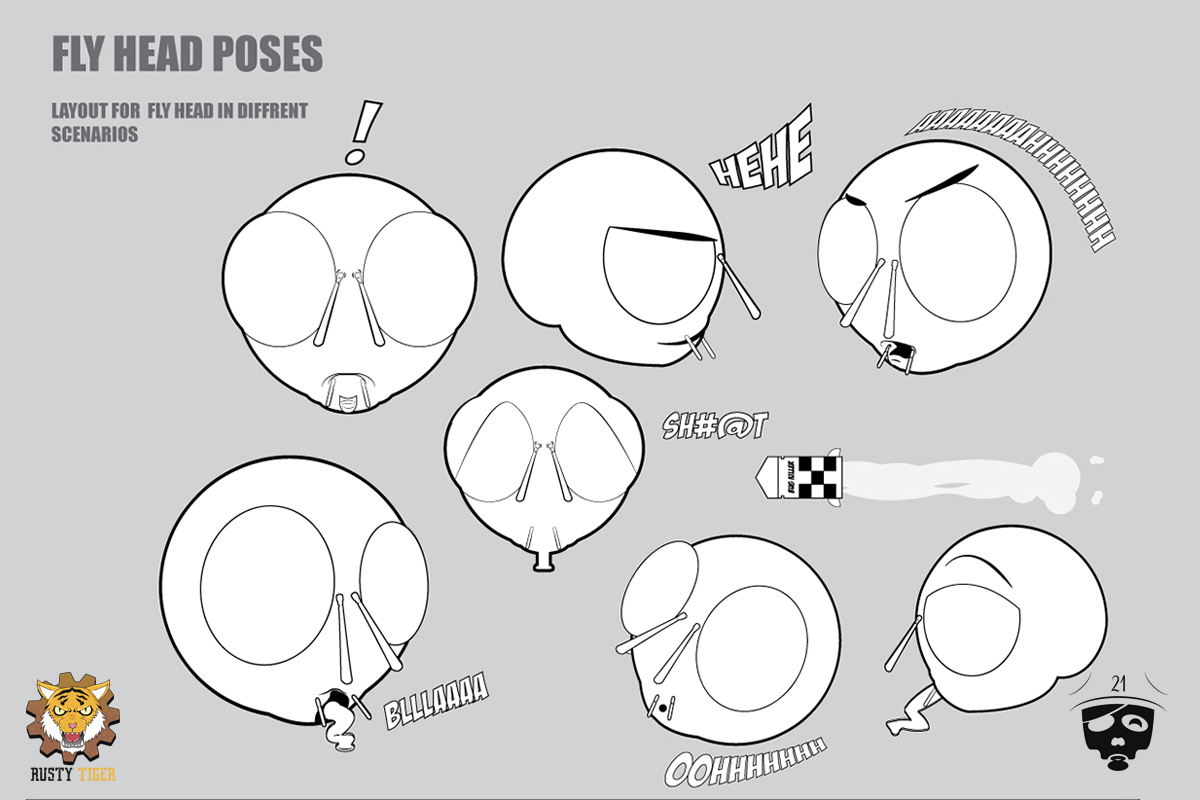 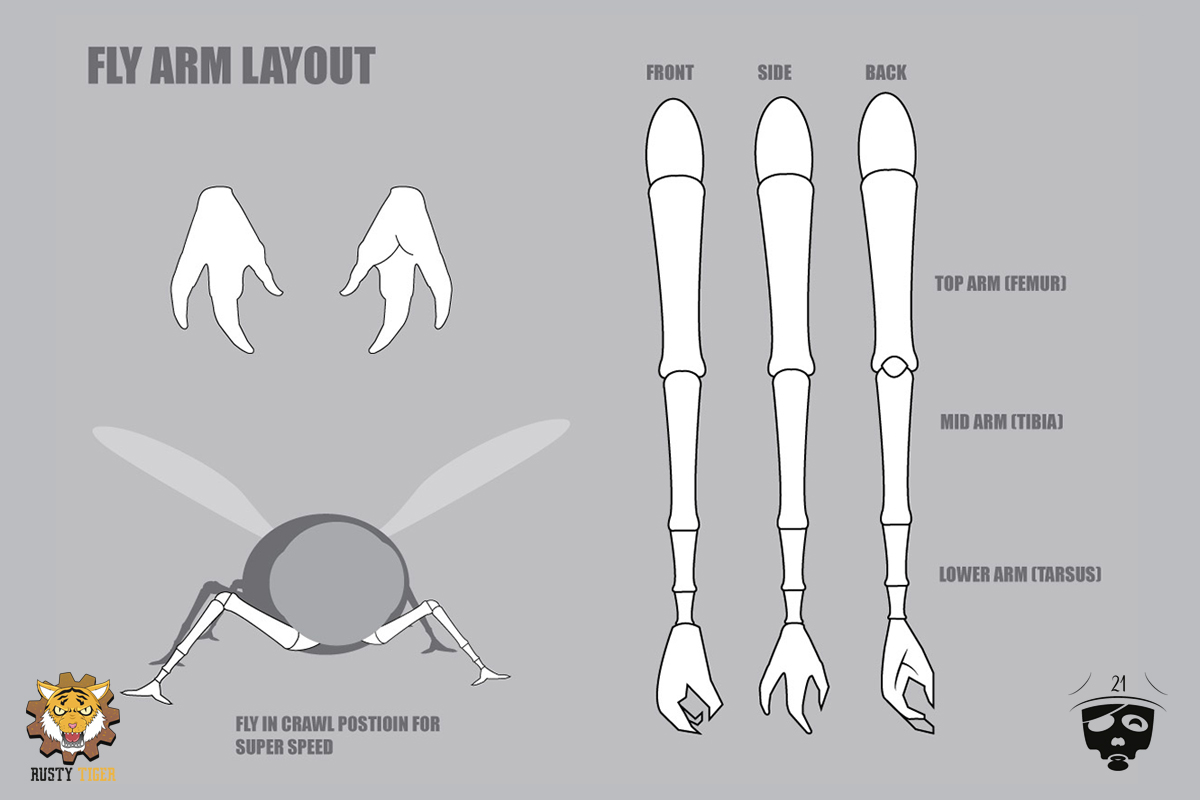 Finishing up with some facial expressions: