We created a reference rig with a lot of controls, a simplified rig to transfer the animation

A reference rig, which has a stretchy spine rig with IK/FK switching. 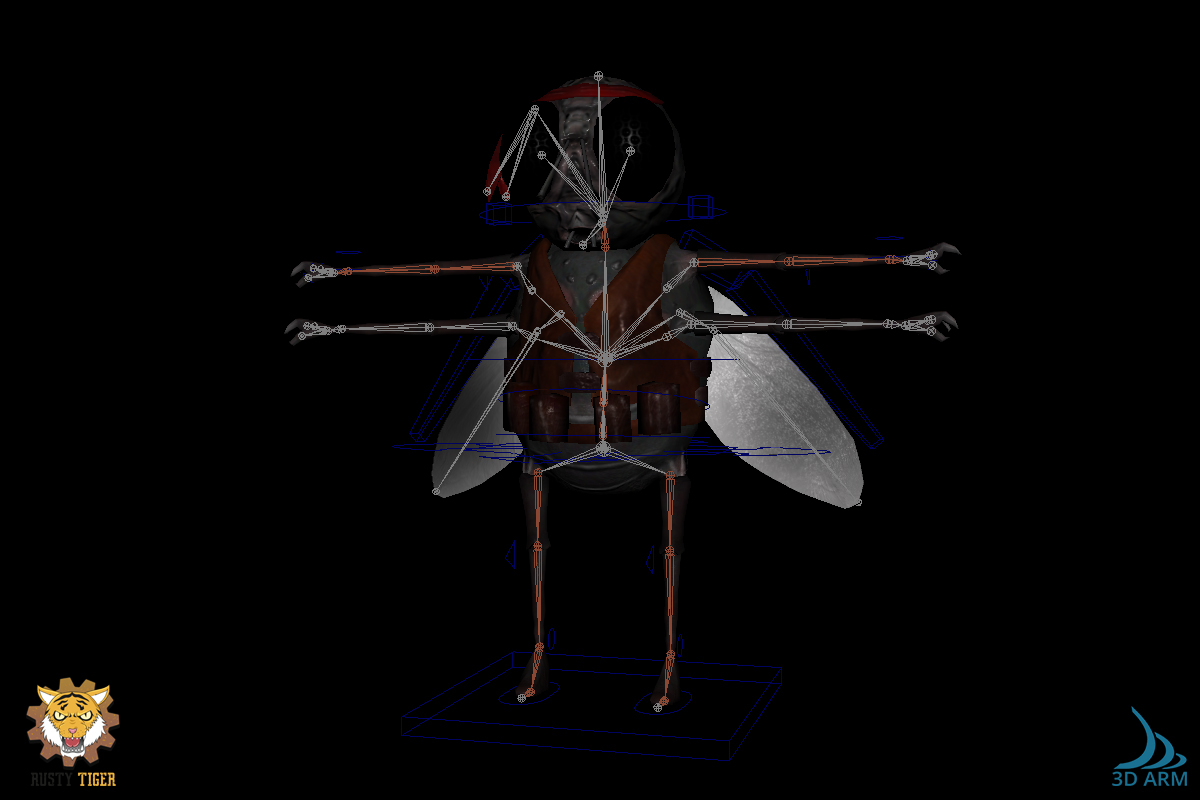 This rig can be used for any type of animation required, and can be transferred to the simplified export rig.

You can see the rig in action here:

An export rig to transfer the animation from the reference rig, which can then be used in the engine. 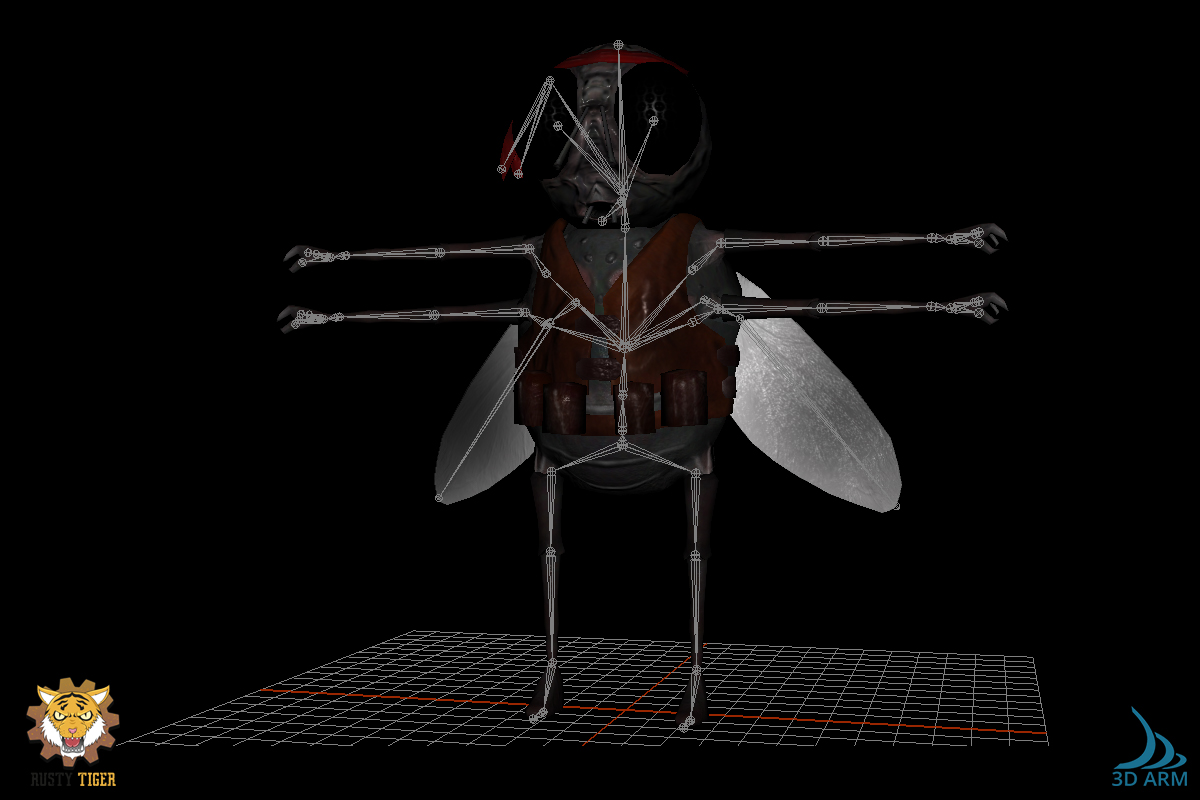 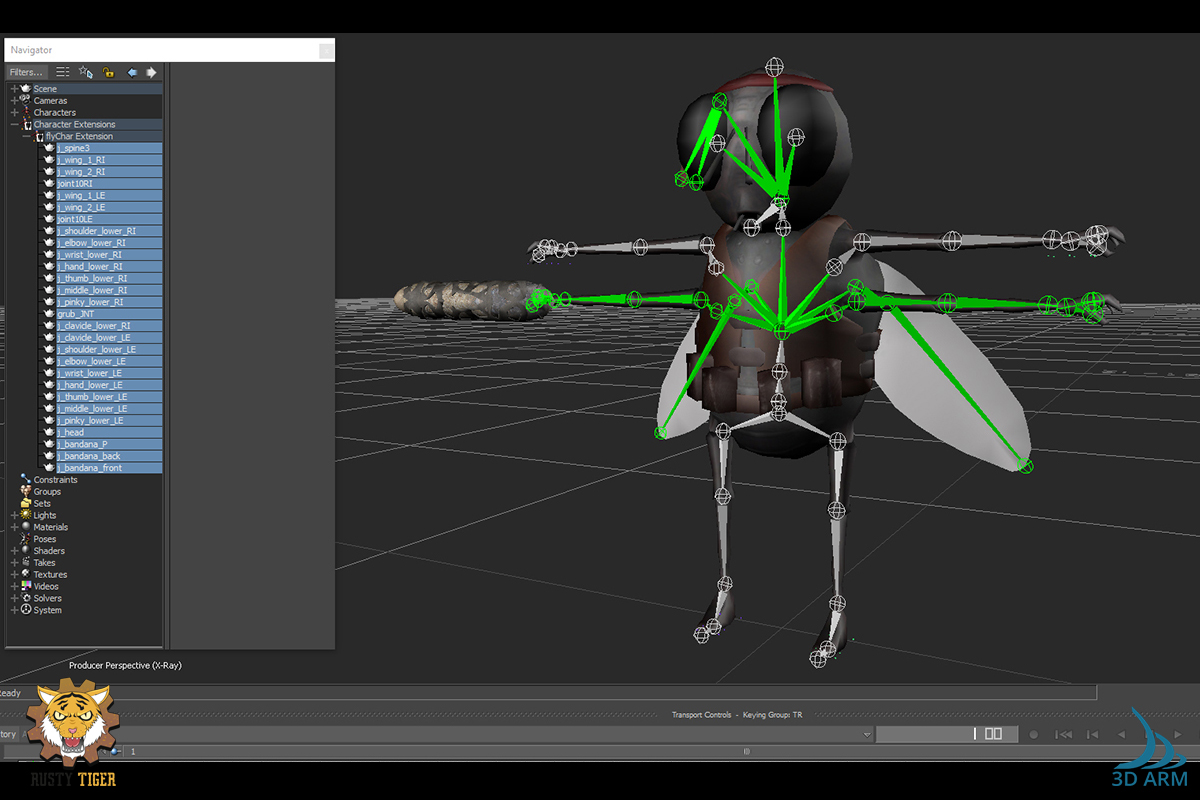 A video showing an early test:

This rig has a Custom Character Extension, which allows you to retarget, key and cycle elements outside of the built in standard characterisation tool. So it allows us to create cycles which also takes account for the lower arms, the bandana and wings.

For the animation used in the game it was all Motion Capture data which we then keyed over to get the movement we needed. 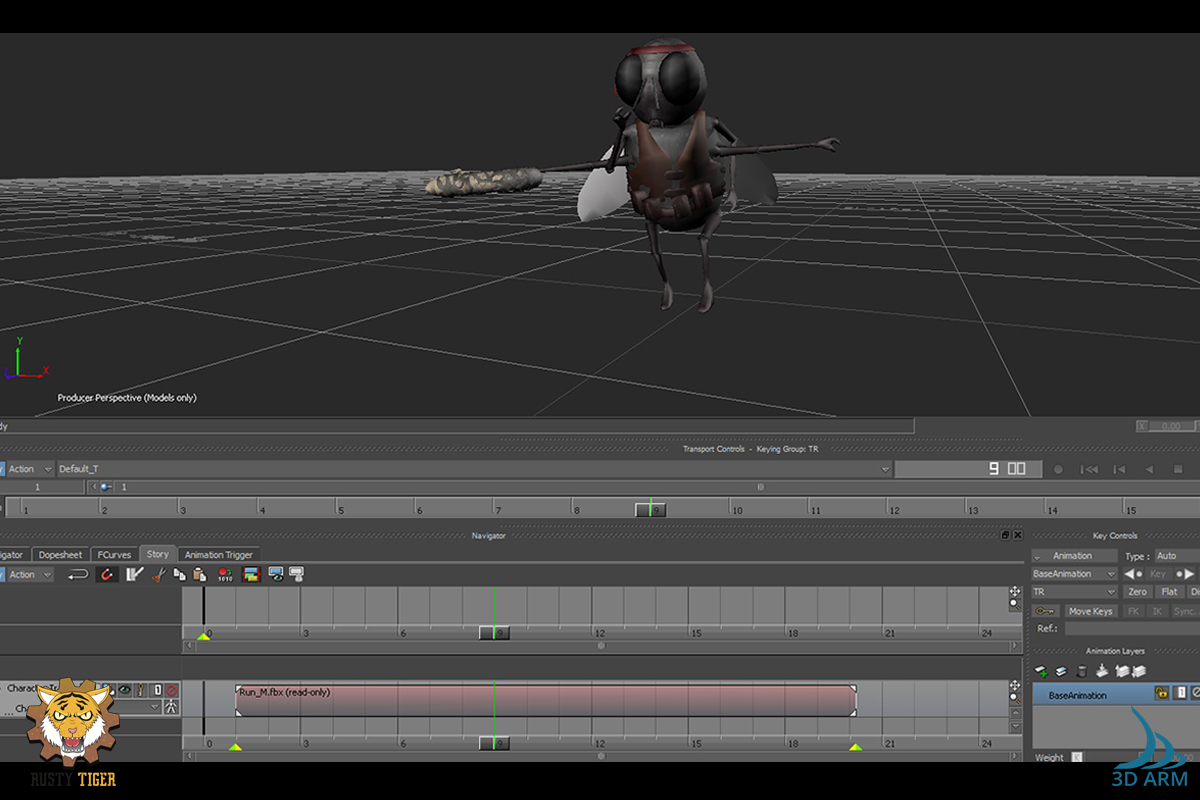 The lower arms holding the gun poses are created separately and applied in the engine.

We then moved into Animation.